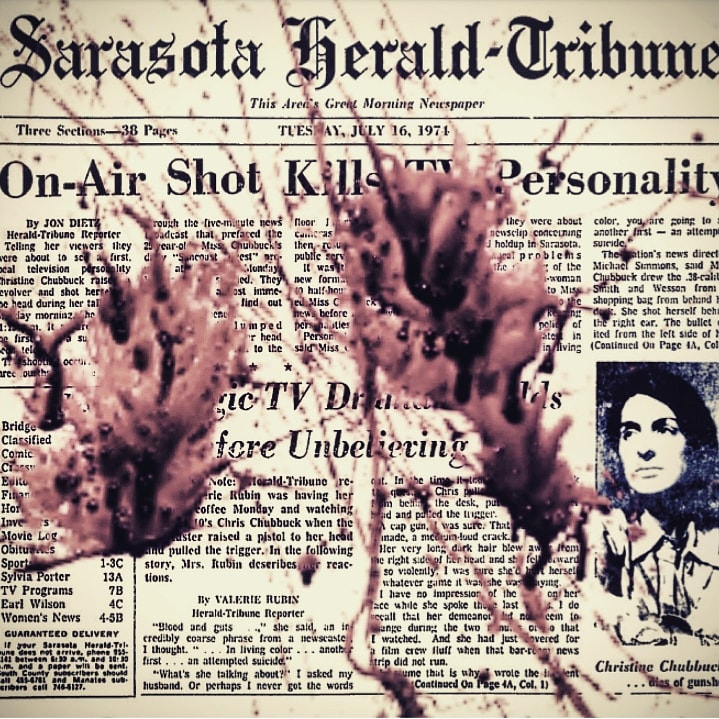 I worked for the same news station as Christine about 20 years after she shot herself. I didn’t know about her suicide. I was new to the area. About a week or two after I began working there I was in the copy room, which at the time was an unfinished room; board floor and walls, old files everywhere, etc., and the only room where the copier could fit. One day I was making copies and heard high heeled shoes enter the room and walk past me. I turned to see who it was and there wasn’t anyone. It gave me chills. I knew I heard the footsteps and presence of a person but there wasn’t anyone there. It gave me such chills I mentioned it at lunchtime to a couple of people in the kitchen break room, saying it was the oddest thing. They said, “Oh, you just met Christine.” I had no idea who Christine was or what they were talking about. They then told me what had happened and that many employees experienced her visits or whatever you want to them at the station. I thought they were joking first. They were completely serious. I’ve never had an experience like that. I didn’t work there too long. It wasn’t a good place to work. That’s one memory I’ll never forget. -Heidi