The Phantom Of The Playground 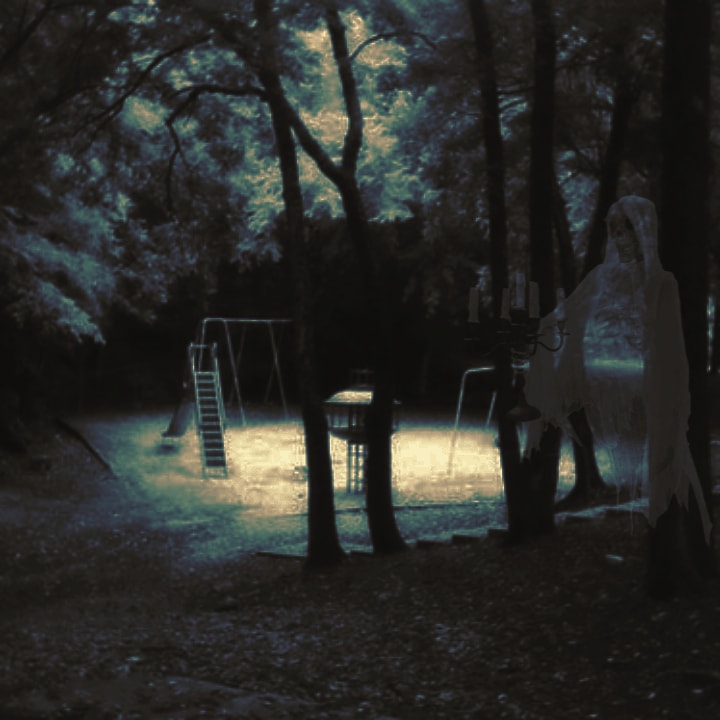 This is a story of something that happened to me when I was about 10 years old back in 1949. I lived at the Alazab Apache Courts and my house was in front of the playground. At one end of the playground was a telephone pole with a light on top. The sidewalk between some houses led to the street on the other side. At night, that area was very dark because the playground light was the only light there. It was summer. It was hot, and there was no air conditioning. The neighborhood kids would always sit outside until late. Being that my house was in the middle of the playground, we all say in my front yard. There was me & a couple of friends. One evening, as we sat around there telling stories someone noticed a man leaning on the telephone post. He wore a white long-sleeved shirt, a black hat, and black trousers. He stood there looking our way but said nothing. After a while we looked back there, and he was not there, and no one had seen him leave. The second night when he appeared we started walking towards him, but he ran down the sidewalk and was gone. The following night we hung out closer to the post and waited. When he appeared, we ran to catch him, but he ran down the sidewalk and disappeared. We were determined to find out who he was and what he was doing in our neighborhood. We all decided to jump him when he showed up. My friend, the tallest one was closest to the post. It was eleven o'clock when the man showed up. This time we heard his footsteps coming up the sidewalk. We waited for him to the post and lean against it. The post was the only thing between us and him. My friend sneaked up on him and threw his arms around the post to catch him, but no one was there! No one saw him leave even though we were all around him. I think that was the first time I ever knew the feeling of cold fear. As long as I lived in that neighborhood, he was never seen again. -Phil