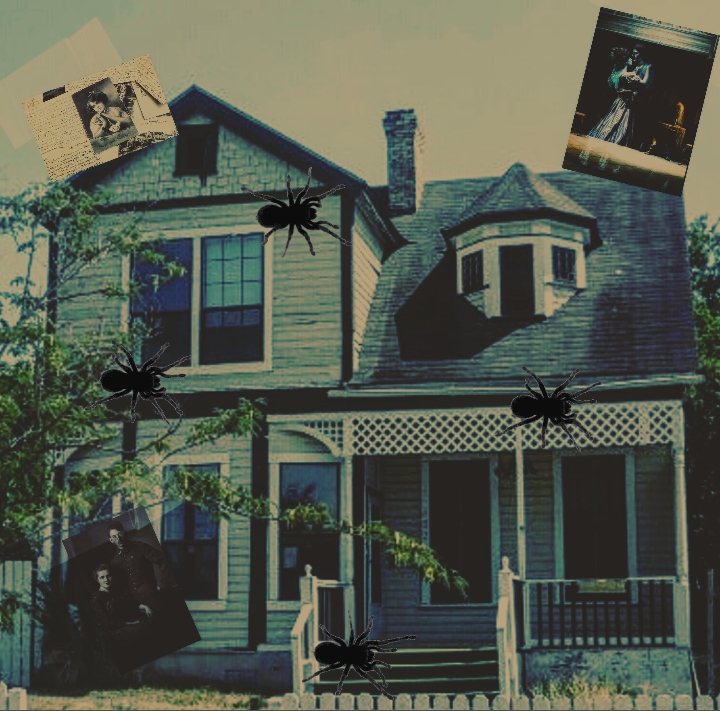 When I was a little girl my mother got her very first rental home to own shortly after her divorce and it was so spooky! Inside and out! I first saw the exterior of the home when she brought my brother and me to take a first look at it and I saw this old lady ghost on the 2nd-floor window. I just brushed it off like nothing because I had seen ghosts before and I for sure was not going to be afraid! During this time my brother and my cousin and I use to play outside at dark telling made-up ghost stories to each other (we were all obsessed with “Are you afraid of the Dark” TV show) and suddenly we all see this old man out in our bush and my brother wanted to act so toughly in front of us girls since he was the oldest and went over to tell him off and he disappeared like a ghost! We all decided okay maybe we are just scaring ourselves. We never mentioned it again. I once was playing with my dolls in the living room near the fireplace and I saw shadow people in the corner of my eye so I turned around and I saw this ghostly couple dancing and the man was wearing an old school tux and the young woman was wearing a long beautiful vintage purple dress with lace. I also heard old static music playing from a record player. We didn't have one... The other time was when I was in my mother’s master bedroom and she was braiding my hair, the bedroom had white French doors now this is where it gets scary! I saw this evil man behind one of the French doors and I could just feel he didn’t want us there in the house. Well later that night all of our pans were shaking on the walls in the kitchen and then they all fell when we woke up to see what was shaking. My mother just thought it was someone driving by with loud music. Then a couple of nights I would also lose some toys of mine and my mom would later find them burned up in the fireplace when we would get back home from running errands. We didn’t know then so I told my mom that there was something wrong with the house. I wouldn’t dare go upstairs I knew that’s where the evil was. My mom went up to the attic and brought me with her we found an old rusty chest and when we opened it we found love letters and vintage photographs of people. I told my mom that this couple I had seen dancing in the living room were the same ones on one of the photographs. We were all spooked out and my brother was afraid of the house too. One day this old lady came by and knocked during the day to give us a basket of fruit and welcome us to the neighborhood. It was the same lady I had seen upstairs the first time my mom brought us to see the home! I told my mom so she asked the owner about the previous tenants and her name was the exact name from the lady knocking on our door! The owner said she had died with her abusive husband in the home a long time ago. So altogether there were about four ghosts living there. The ghostly young couple was very friendly and I didn’t feel afraid of them. More strange things happened so my mom decided to move us out and I never saw them again. Even though I spent years being scared of the house it was also so beautiful and I’ll never forget it.