The Lady In The House 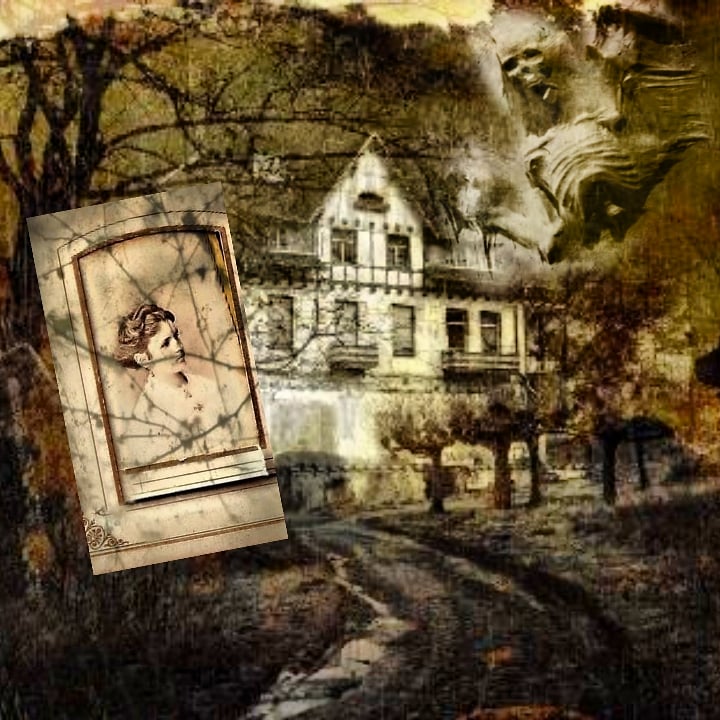 I've had a thing for the paranormal ever since I was 3. I was sleeping in the same room with my parents at that age and my dad usually fell asleep watching TV. A few times he fell asleep and on tv was a show called, A Haunting". Man, I was terrified by it but at the same time couldn't get enough of it. When I was 7 I started watching documentaries about paranormal daily and I was interested in finding stories from people in my village (I live in the countryside, in Romania, and man, there's a lot going on here). After a while, I felt as if something was in or around my house. Now, this may not sound logical, but I knew and kind of still know that whatever that thing is, it's not human, and it was there because I've shown interest in paranormal. I started seeing a lady when I went to bed. I don't know how to describe it, I didn't say it as a human being that stood there. I just had the image in my head and simply knew something was there. I was terrified, but still wasn't sure if it wasn't just a dream(even though I wasn't sleeping but I was trying to find excuses). Then one night I was sick of it, got up and said,, Listen, I'm sick of you, tonight I'm going to sleep and if you wake me up, you'll be just as terrified of me as I am of you"(now imagine a 7-year-old saying that to a demon, lol). As I was saying, I thought I was dreaming all the time. The next day though, my mom asked me who I was talking to and I just said nobody. After that, I haven't seen that lady again till this day. BUT (sorry that I must write so much) about a year ago, I had an even weirder experience. In my courtyard I had besides the house I live in, an old house (we used to stay there, but it was too small, and we moved out and used it as a storage place). One summer evening I was outside with my little cousin (she was 3) on a rocker, in front of my house. She asked me who lives in the old house and I told her that nobody did. She was 3, totally unfocused on my answer, and asked me again, and again I said nobody lived there. She was looking at the house and said, yeah...nobody lives there. Just the lady." Is it necessary to say that my heart dropped? I was trying not to look panicked, so I don't scare her. I didn't ask her what lady or told her there is nothing there. I just asked her where the lady was, just to make sure and she immediately pointed to one of the windows (obviously I saw nothing there). The same moment my mom and aunt came outside. I went to her and told her to ask my cousin who was in the house. My cousin said without hesitation, the lady" and pointed to the window again. My mom turned pale, but then said, she’s just like you", and never mentioned it again to this day. The house was demolished a month ago so no more lady in the house anymore...or at least for now. -Dana