The Children On The Bikes 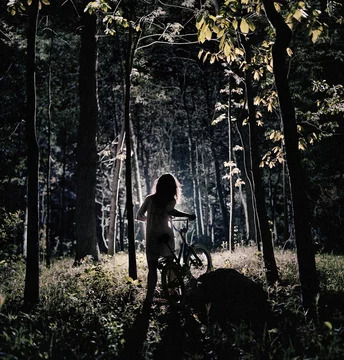 I lived in London for a while back about 20 years ago, and I used a phone box to call my mum for a catch up (couldn’t afford a mobile back then) as I’m chatting away to my mum, I noticed a man in a light-colored mac, smoking, wearing a top hat and dark trousers, he was leaning against the building watching me. Anyway, although I clocked him, I carried on chatting to mum, thinking nothing of it. Less than a minute later, I had two kids, one boy, and one girl on bicycles circling around the phone box I was in. The guy opposite came over to the side of the road, when he got near, he lifted his Mac up slightly and showed a large knife he had hidden. The kids on the bikes didn’t stop circling. I was telling mum exactly what was happening. She asked my dad to use his phone to call the police and give a location etc. Four minutes later the police turned up, grappled with the bloke, arrested him, etc... one of the officers came to the phone box and told me I was safe and they would escort me home. I asked him about the children on the bikes (who had moved to one side at this point) and he looked at me confused. Asked me what children... had I been drinking etc. I replied no. Of course, not long finished work, etc. Anyway, escorted me home, etc. I found out the next day my grandparents had passed (grandma on Tuesday) (grandad on Thursday, of a broken heart) I believe it was them on the bikes protecting me 👼🏼💙❤️ -Becca