Don't Talk About the Skinwalkers 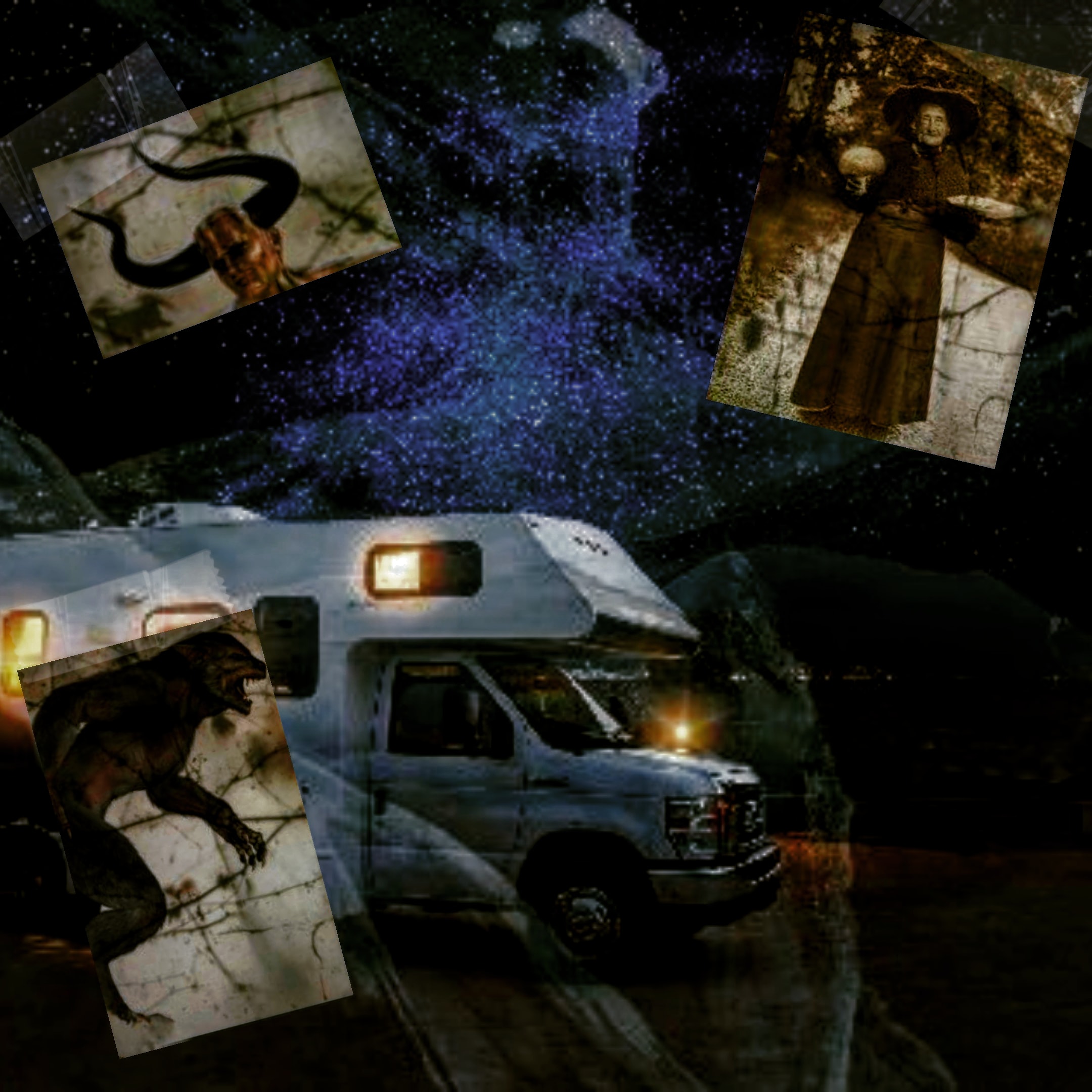 I have a story, it isn't mine, but it happened to my uncle. He used to tell this story when we went camping and it scared the lights out of me every time I heard it.

We live in Utah and my uncle, Mark, went on a mission at 19. They sent him to an Indian reservation in Arizona. They paired him up with a companion named Carl. When they first got there, there was a huge rift with the locals on the reservation with them being there. They didn't want my uncle and Carl to stay on the reservation grounds. Eventually, they came to a compromise that they would stay on the outskirts in a trailer. This reservation wasn't very big and was located next to a heavily wooded area. The first night, they were trying to sleep when all of a sudden their trailer started to shake violently back and forth. Startled and not sure what was happening, they climbed under their table for cover. Mark could distinctively hear someone pushing it from both sides of the trailer, like a group of people. After about 5 minutes, it stopped.

That next day, they made rounds on the reservation and were talking to the locals. Carl made a comment to one of the families that their trailer was shaking that night before. The family got very quiet and then told them they had to leave. They thought it was strange, but didn't think much of it.

The next night it happened again. They awoke to their trailer shaking back and forth. Again they climbed under the table until it stopped. This went on for two more nights. Anytime they tried to talk to anyone about it, they got quiet and told them to leave. Mark started thinking that, due to the tension of their arrival, the locals were doing this to scare them off the reservation.

They then go into a convenience store and they were talking together about how frustrated they were with the situation. The clerk overheard and said, "They can't talk about it. It's forbidden." confused, they ask him, "can't talk about what?" The guy continues to tell them about the skinwalkers. He says they are evil demons that were once native American witches. If they talk about it, the skinwalkers will come for their souls. They just walked out of there baffled. They thought it was another scare tactic.

So that night, when the shaking started again, my uncle decided to be brave and confront them. He went to the trailer door, flew it open, and yelled "hey!" When he did that, he saw these 3 animals runoff. 2 were a wolf, one was a bear. But they looked strange... almost with human features. As he watched them run towards the trees, all three stood up on two legs and walked slowly towards the trees making a human cackling laugh. It scared him so bad that they called their mission president that next morning and asked to be moved. They were relocated that day. For a year nothing happened.

One day, they announced that Carl was being relocated to another city and Mark was getting a new companion, Jimmy. They had to drive for about an hour to pick Jimmy up from the airport. The road they traveled west through the boundaries of the reservation. They arrived at about 8 pm and met Jimmy, and they go to leave. The mission president tells Jimmy, "we are driving through a dangerous area at night, so we can't make any stops. If you need to use the restroom, you need to go now." Jimmy says, "I am fine." The mission president gets serious enough to even freak out Mark, "I am not kidding, go do your business!" Jimmy was insistent he was fine. So they hit the road. As they were about 30 minutes into the drive, they were going through the area of the reservation boundaries, Jimmy starts complaining that he needed to pee badly. The mission president says, "we can't stop here. You'll have to hold it." Jimmy keeps going on, "I really can't hold it!" So the mission president stops the car and says, "okay, but you will do your business next to the door, and if I say get into the car, you better get into the car fast." With a look of confusion, Jimmy says, "alright..." opens the door, and starts to do his business. About 5 seconds later the mission president says nothing and just yanks Jimmy into the car and floors it. Jimmy and Mark start freaking out, "what is going on!!" The mission president says nothing and just increases his speed. All of a sudden, mark sees something next to the car to his right. A giant wolf looking man was running on 2 feet next to the car. Mark looked at the speedometer, they were going over 60 miles an hour and still increasing. The wolf creature kept right next to the car for 10 minutes until it finally took off into the trees. Shaking, Jimmy gets out of the car when they arrive (they didn't speak through the whole ordeal) and says, "what did I just see?" The mission president says, "next time I tell you to take care of your business, you take care of your business!"