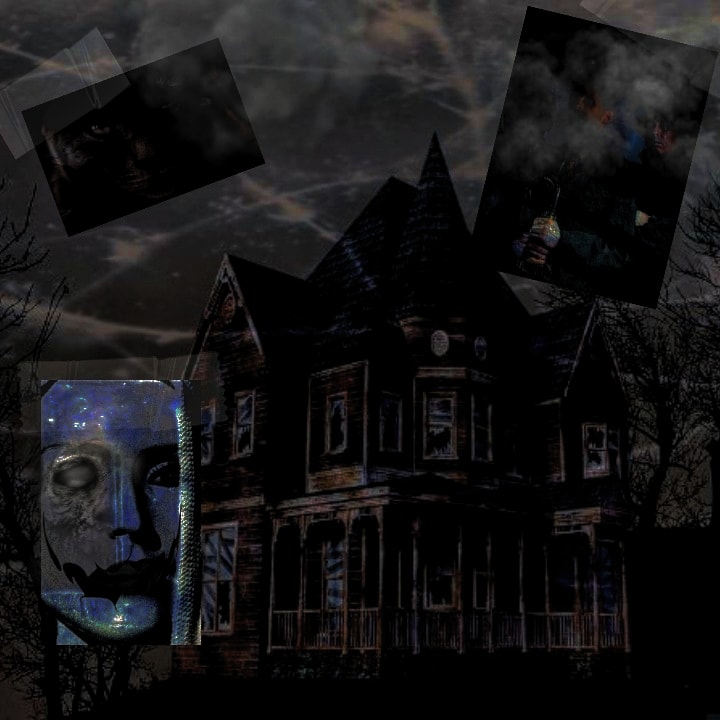 When I was a kid, we lived in this pretty old house in a small farming town. We had built on the upstairs, so my bedroom was the original master downstairs. For as long as I can remember, every single night, I would hear footsteps coming down the hallway to my room. Three men in cloaks would walk into my doorway and just stand there, watching me. The middle was in a black cloak and was taller than the other two, who wore brown cloaks. I could never see their faces but I never felt that scared really. I was only ever physically touched once, and I’m not positive it was them. My bed frame had bars on it, and I was starting to outgrow the bed, so my feet would have to go through the bars and hang off the bed. One night when I was in that half-sleep state, something punched me HARD square on the bottom of both of my feet. I slept with my legs tucked up to my body for a while after that. In the same house, I would fall asleep and have the same dream every night where I was on the ceiling of my room, watching myself sleep. Everything was a shade of blue, and there were people without legs slithering over me and around my bed. We moved out of that house when I was in 2nd grade and I never saw them again or had that dream. The house we moved into when I was in high school was 2 blocks down the road from my childhood home, and at first, there was nothing out of the ordinary. About 6 months after we moved in, I was making a friend some lunch while he did homework in my room. My mom was at work, and my brother was out with friends. I come in to let him know that the food was ready and to come out when he asks me why I had been watching him do homework. When I told him I hadn’t left the kitchen, he started freaking out and said he wasn’t hungry and wanted to go home. Later, he told me that he could very clearly see someone watching him through the crack in the door. A few months later, I had the worst sleep paralysis of my life. I woke up to someone rhythmically snapping their fingers at the foot of my bed, but I couldn’t move to look. I started hearing a cat crying at my bedroom door, which slowly morphed into a woman screaming. I still get chills when I think about that scream, I’ve never heard anything like it on TV or in real life. Cars start crashing on my street and by this point, I’m overwhelmed and crying. All of a sudden, all the noises stop and I fly out of bed. I wasn’t myself for almost a week afterward. About 2 weeks after my sleep paralysis, my now ex-boyfriend and I were in bed. It was around 2 or 3 am and he was asleep, but for some reason, I just couldn’t. I heard a loud cat meow right in my ear, and I thought it was my mom’s cat, who usually doesn’t sleep in my room. I get up to look and let her out, but I don’t see her. Then, I heard another meow outside my bedroom door. Confused, I got up and opened my door, and looked in the hallway. Then I heard it in the living room, but it started to sound like the cat was injured. I follow the “cat” that eventually leads me outside to the backyard. By that time, I was getting scared and wasn’t sure I wanted to follow anything anymore. I went back inside to find my 65 pound Husky squeezed under the coffee table. I had to drag him back to the hallway that leads to my room, but when he got to the start of it he just put his head down and his hair up. I had to carry him to my room, where he went straight to the corner and cowered. Alex had his head under the covers, but I just thought he was asleep so I didn’t tell him what was going on. The next morning after he leaves, he texted me saying that while I was gone looking for the cat, he saw someone standing in the hallway watching him, and didn’t feel comfortable staying at my house anymore. We moved out of that house a year or so later. -Sarah P