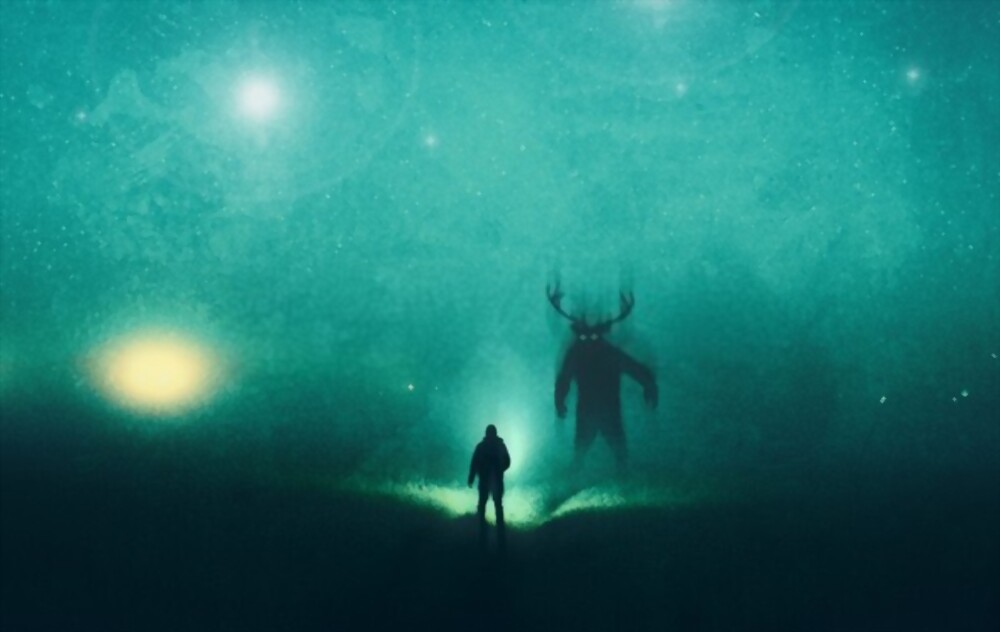 My ex, his brother, and I decided to have a day trip to a small area called legion campground in Tooele canyon, UT. We'd camped there for a couple of nights before and nothing weird happened. Well aside from waking up to a cow trying to charge at my dog. There is only one entrance to the trail. On this day there were no parked cars aside from our own, so I know for a fact we were the only ones there. As soon as we get out of the car and onto the trail I felt like we were being watched. So right off the bat, I warned them that something felt off, don't disturb anything.  Anyway here's where it gets freaky. It is scary silent. We can see wind going through trees but no sound, not even birds. Ex was upfront, his brother right behind and I was in the back. We were coming to the spot where there is normally a creek but it was all dried out. We were all expecting to have to maneuver east and cross where the embankment wasn't so deep. My ex didn't believe in the paranormal. So I was thinking ok what's got him stopping in his tracks? He just froze. About 50 feet away we see a crouched dark figure. We first of course try to pin down what animal it could be. It wasn't identifiable and moving away from us. The dark figure quickly changed shape to have long limbs almost like Slenderman which allowed it to stretch and step across the embankment. Without a sound of an animal hitting the ground after a leap. Not a rock out of place. By this time we're stepping backward but still bewildered. This moment was about 10 seconds long but felt like time was slowed. As we watched, it got on all fours and we could see a long skinny tail and feline-like ears. It walked a few steps on all fours then changed its form to look like a bear and ran until no longer in sight. All I could think about to explain what we saw was matching the description of a skinwalker. Creepy as hell, haven't been there since. -Jessica