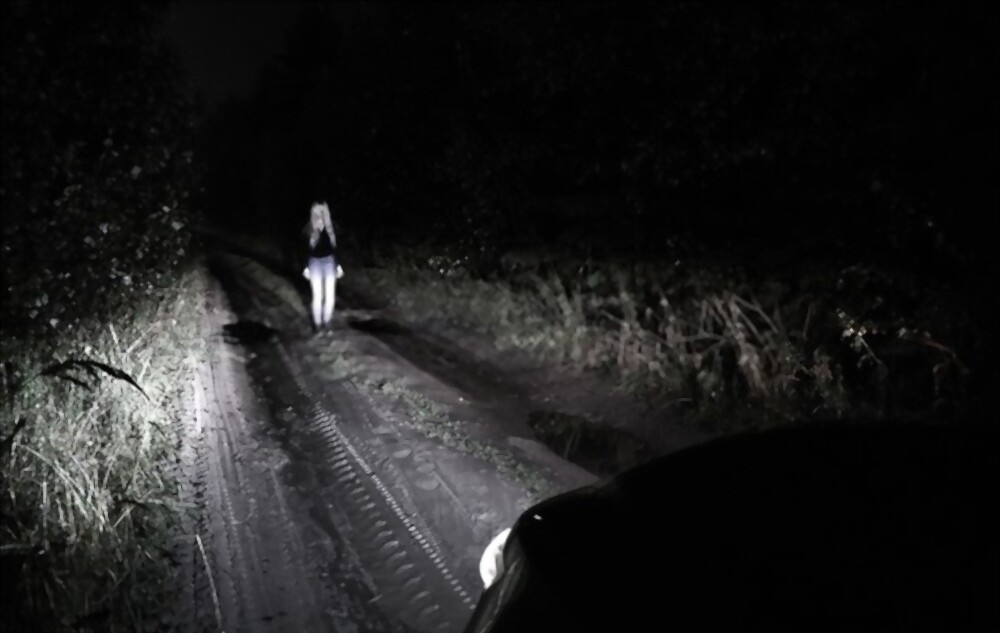 I live in Anchorage, Alaska and if you know about Alaska or anyone in Alaska, 9/10 chances that they’re gonna love fishing, that’s what Alaska is all about in the summer lol. But anyway, I was chilling at home with my brother, and out of nowhere, he decided to wanna take a drive out to Kenai and do an overnight fishing trip. It was around 10:30 PM, I had nothing to do considering that it was summer and had no school, so I decided I’d go with him, we packed all of our stuff into his truck and by the time we were heading out it was 11:30ish, it was dark and windy that night, but we went anyways. We were about an hour out from the spot we were going fish at and all of a sudden it started to rain SUPER hard, I mean like crazy hard, the wind was blowing hard as well, and I could feel the truck swaying a little every now and then when a big gust would hit the truck. And if you’re from Alaska or know about it a little, you’d know that driving from anchorage to Kenai in that kinda weather ain’t fun, and there are also not many places on the way, there are spots where its nothing but woods for miles, no houses or anything for a while. And out of nowhere I had this sudden urge to wanna put my head down and ask myself or whoever I was asking, “If there is proof of higher beings or anything out of this world out there, show me yourself, show me proof of you” and I slowly opened my eyes and tilted my head up, and as soon as I looked up, my heart sank, off in the distance of my brother's headlights I saw this bright white, and as we got closer to it I noticed it was a person walking on the side of the road, and I mean like this was WHITE like the brightest white that I’ve ever seen, nothing but white, no colored shoes nothing, just pure bright white. I had chills shoot straight through my body, I looked over at my brother and asked him if he saw that, he nodded and said yeah, he was confused about why I was tripping out and looking back, and after I told him what I had said to my self, he too started tripping out. And to remind you, there was NO house or anything around for miles! Was also raining super hard and windy too. Occasionally I think about it and it makes me trip lol, don’t know what to really think about it other than a higher being or something of that cause, just really weird that when I put my head down and asked for something to show itself, it did. Thank you for reading! I have some other little ghost stories or just weird things as well. - Onekaykana